Amman – the capital of Jordan, is a fascinating city of contrasts “a unique blend of old and new”, ideally situated on a hilly area between the desert and the fertile Jordan Valley. In the commercial heart of the city, ultra-modern buildings, hotels, smart restaurants, art galleries and boutiques rub shoulders comfortably with traditional coffee shops and tiny artisans’ workshops. Everywhere there is evidence of the city’s much older past.

Amman Tour: Visit Amman downtown market and city center, it’s traditional souks, restaurants selling local food and sweets, churches and mosques. Amman is also the ancient city of Philadelphia with its Roman Theater and many other monuments that can be visited like the Citadel. Then drive to the other side of the city where you can see the pubs, international restaurants, and discotheques as you become familiar with the contrast between old and traditional, to the new and modern. 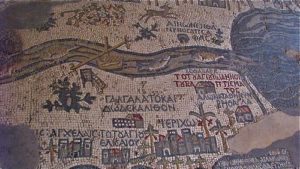 Madaba: 30 km from Amman, has become known as the city of Mosaics. Madaba, repeatedly mentioned in the Old Testament as Medeba is one of the most memorable places in the Holy Land. Known as the City of Mosaics, some of the finest art of the early Christian centuries can be found in Madeba. Madaba’s real masterpiece, in the Church of Saint George, is the 6th Century AD mosaic map of Jerusalem and the Holy Land. The earliest religious map of the Holy Land in any form to service from antiquity.

Mount Nebo: 10 km west of Madaba , is one of the most important biblical site in the country. It was from this

peak perched in the lip of the range of mountains overlooking the Dead Sea, that God was said to have revealed the Promised Land to Moses and Moses is believed to have been buried. The well preserved mosaics in the church feature wine making and hunting scenes, with a number of birds and animals

King Herod’s Castle – Mukawir: Within an hour’s drive from 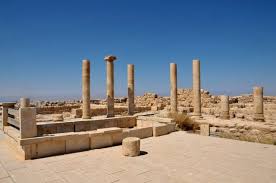 Madaba along the picturesque King’s Highway, is Mukawir, Mukawir the hilltop stronghold of Herod the Great. Upon Herod’s death, his son Herod Antipas inherited the fortress and it is from here that he ordered John the Baptist to be beheaded after Salome’s fateful dance

Baptism Site – Bethany Beyond the Jordan: The site of John the Baptist’s settlement at Bethany beyond the Jordan, where Jesus was baptized, has long been known from the Bible (John 1:28 and 10:40) and from the Byzantine and medieval texts. The site has now been identified on the east bank of the Jordan River, in the Hashemite Kingdom of Jordan, and is being systematically surveyed, excavated, restored, and prepared to receive pilgrims and visitors. Bethany Beyond the Jordan is located half an hour by car from the Jordanian capital Amman. The Bethany area sites formed part of the early Christian pilgrimage route between Jerusalem, the Jordan River, and Mount Nebo.

Kan Zaman: The walled village, just outside Amman dates back to the turn of the century. This fortress has since been transformed into a restaurant and handicraft complex. The popular restaurant with its vaulted ceilings, specialized in authentic Arabic cuisine and additional treat is the nightly performance of Arabic music and dancing.

A ½ hr drive from Amman transports you back in time charming restaurants, craft shops. A small detour but worth an afternoon or evening trip.

Jerash -Rome away from Rome: The ancient city of Jerash is remarkable for its unbroken chain of human occupation. Here at a well watered site in the hills of Gilead you find remains from Neolithic times, as well as Greek, Roman, Byzantine, Omayyad and others. Jerash’s golden age, however arrived with Roman rule. Today it is acknowledge as one of the best preserved Roman provincial towns in the world.

Ajloun: A short journey west from Jerash, throught pine forest and olive town of Ailjound. Here is Qala’at Ar-Rabad, the Castle of Ajloun which was built in 1184 by Usama ibn Muniqh, a nephew of Saladin who defeated the Crusaders in 1189.

Umm Qays: Site of the famous miracle of the Gadarene swine, Gadar (known today as Umm Qays) was renowned in its time as a cultural center. It was the home of several classical poets and philosophers. Perched on a splendid hilltop overlooking the Jordan valley and the Sea of Galilee. Umm Qays boasts an impressive colonnaded terrace and the ruins of two theaters. You can take n the sights and then dine on the terrace of a fine restaurant with a breathtaking view of three countries

The Dead Sea, the lowest point on Earth

Without doubt, the world’s most amazing place, the Jordan Rift Valley is a dramatic, beautiful landscape, which at the Dead Sea, is over 400 meters (1,312 ft.) below sea level. The lowest point on the face of the earth, this vast, stretch of water receives a number of incoming rivers, including the River Jordan. Once the waters reach the Dead Sea they are land-locked and have nowhere to go, so they evaporate, leaving behind a dense, rich, cocktail of salts and minerals that supply industry, agriculture and medicine with some of its finest products.

The Dead Sea is flanked by mountains to the east and the rolling hills of Jerusalem to the west, giving it an almost other-worldly beauty. Although sparsely populated and serenely quiet now, the area is believed to have been home to five Biblical cities: Sodom, Gomorrah, Adman, Zebouin and Zoar.

One of the most spectacular natural and spiritual landscapes in the world, the Jordanian east coast of the Dead Sea has evolved into a major hub of both religious and health & wellness tourism in the region. A series of good roads, excellent hotels with spa and fitness facilities, as well as archaeological and spiritual discoveries make this region as enticing to today’s international visitors as it was to kings, emperors, traders, prophets and pilgrims in antiquity.

The leading attraction at the Dead Sea is the warm, soothing, super salty water itself some ten times saltier than sea water, and rich in chloride salts of magnesium, sodium, potassium, bromine and several others. The unusually warm, incredibly buoyant and mineral-rich waters have attracted visitors since ancient times, including King Herod the Great and the beautiful Egyptian Queen, Cleopatra. All of whom have luxuriated in the Dead Sea’s rich, black, stimulating mud and floated effortlessly on their backs while soaking up the water’s healthy minerals along with the gently diffused rays of the Jordanian sun.

The giant red mountains and vast mausoleums of a departed race have nothing in common with modern civilization, and ask nothing of it except to be appreciated at their true value – as one of the greatest wonders ever wrought by Nature and Man.

Although much has been written about Petra, nothing really prepares you for this amazing place. It has to be seen to be believed. Often described as the eighth wonder of the ancient world, it is without doubt Jordan’s most valuable treasure and greatest tourist attraction. It is a vast, unique city, carved into the sheer rock face by the Nabataeans, an industrious Arab people who settled here more than 2000 years ago, turning it into an important junction for the silk, spice and other trade routes that linked China, India and southern Arabia with Egypt, Syria, Greece and Rome.

Entrance to the city is through the Siq, a narrow gorge, over 1 kilometer in length, which is flanked on either side by soaring, 80 meters high cliffs. Just walking through the Siq is an experience in itself. The colours and formations of the rocks are dazzling. As you reach the end of the Siq you will catch your first glimpse of Al-Khazneh (Treasury).

This is an awe-inspiring experience. A massive facade, 30m wide and 43m high, carved out of the sheer, dusky pink, rock-face and dwarfing everything around it. It was carved in the early 1st century as the tomb of an important Nabataean king and represents the engineering genius of these ancient people. 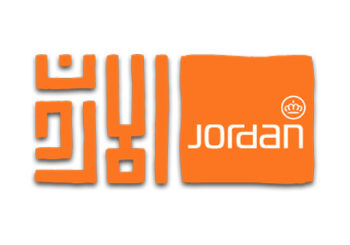 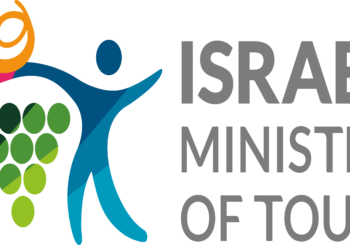 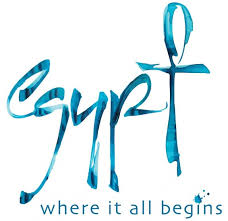 Namaste! We thank you for your precious time, we look forward to an opportunity to serve you.